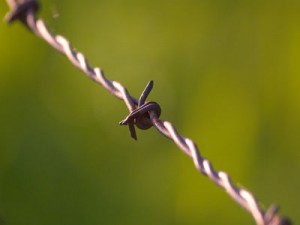 I do believe that my time limit will end this year (should add figuring out exactly when to the damn list) and well, I still have quite a few things on there that haven’t been done. Not only have they not been done, but they might even be out of my control to get done.

Which is kind of interesting and makes me question to process a bit.

I mean, it’s not like a bucket list, yet some of the items on the list are things that might take a while.  Yet it’s more complex than just being a shopping or a to do list.  If it was that simple, I’d have (hopefully) been done that first month.

If I don’t complete everything on the list within the 1001 day time period, does that mean I’ve failed?

They weren’t goals that I’d set for myself.  They were things that I just went and did.  Things that life presented to me all wrapped up in a pretty bow.  So it’s not like it’s something that I could cross of my list.

Then there were those things that changed – you, best laid plans and all that.  I’d planned for our first trip to Europe to be to visit my friend in Spain.  Instead, she came back stateside and visited us in Sonoma and we headed out to Ireland instead.  The knitting thing…yeah, I think until I get some central AC, I won’t be spending any time soon learning to knit as much as I might think I want to.

And what about those things that I did get to…like cleaning off my desk and cleaning out the fridge, only to have them look like a heap o’mess again?  Does that mean I can’t cross it off my list as done? There are also those things that I think I already did, but never bothered to stop and take notice – blogging daily for 60 days? one new photo a week? I think I did them, but I’m not exactly sure.  Do I cross them off anyway?

I will say, some of the things on that list crack me up.  I mean it’s been five years and I STILL haven’t put my wedding photos in an album.  I’m going on three years and I still haven’t put up damn shelves in the bathroom (though I still HAVE them sitting under my desk).  What’s holding me back?

So yeah, not quite sure what to make of this whole 101 things in 1001 days.  Maybe I should just call it quits.  Or maybe I should just know that I won’t finish each list, but I’ll always have something to aspire to.  St. Augustine does warn us…

“You aspire to great things? Begin with little ones.”