Seems they’re in the process of relaunching the hit television show, SUPERNANNY.  This time they plan to go with a with a new American born & bred nanny.  And in the meantime, when they fly the finalists out to LA they’re looking for several local Los Angeles families who would be willing to put these potential nannies to the test.  You know, give them your toughest, brattiest, most challenging, problematic kids and problems.

Rest assured, all the women up for the role will first go through intensive interviews and then a select few will have to prove their skills by interacting with children and their parents at home.  These tests will be taped, but they will only be used for viewing by the network and will not be aired.

If you are a parent who is frustrated with an issue – it’s an issue for this parenting expert.

Of course, they know that your response is, “What? Up to 3 hours is all I get?  I need a week!”  and they invite all parents to apply for the full help of Supernanny!!!!

If you’re interested in being considered as a SuperNanny Test Family, please call Courtney Marino at (323) 904-4680 and let her know you are interested in the possibility of being a test family.

If money is tight, this is a great way to still have some fair fun!  And if you plan on making a full day of it, you can also get free lawn seating for the Three Dog Night-America show later that night.

Not a half bad way to spend the day.  And as we all know, the OC fair grounds are a good 10 degrees cooler than things here in the Valley. Is your family the thriftiest in America? Do you refuse to pay full price? Are you always on the lookout for the best deals? Calling all coupon experts, yard sale fanatics, thrift store wizards, swap meet junkies and super savers for a brand new show on a major network! We are looking for teams of two or more – couples, siblings, best friends etc. This show will be the chance to put your bargain hunting skills to the test in a fun competition and win a big prize!

If you live in Southern California and will do anything to save a buck. Please email your story and a photo to Ellen Rakieten Entertainment. A friend of mine is leading a Green Living Workshop in Tarzana this Saturday.  Unfortunately, I won’t be able to make it as I’ll be teaching, but I know it’s going to be full of great information….and it’s FREE!!

It’s a 3-hour workshop that will cover learning how to save money, reduce waste and help make Tarzana your neighborhood environmentally safer and healthier (you don’t need to be a Tarzana local to attend).

They’ll even be offering raffle prizes and handouts AND a free continental breakfast during registration.  And almost unheard of in this part of town…free parking is available both on site and in the parking structure.

You can register for this FREE class here via Eventbrite.

OWN has asked to get this out to local L.A. people/families, in case you or someone you know would be a good fit:

The Oprah Winfrey Network (OWN) is now casting families for an amazing new transformational TV Show!

A neighborhood support project – It takes a village

Seeking families in the Greater Los Angeles Area who are struggling with their kids:

Families must have at least 1 child age 6 to 17 who lives at home.

To Apply:
Please write a brief description of your family’s situation, or tell us about the family you’d like to help.
Please send ASAP – deadline at end of week!

Please include:
— Names and ages of everyone living in household
— City, and type of home (house, condo, apartment)
— 1-2 current photos
— Your contact info –  name, email and phone number

Last night my husband and I were invited to attend Priscilla Ahn’s record release party at the Village Recorder. It was a fun night and as one would expect, Priscilla put on a great show.

Walking from reception to the party location upstairs was fascinating. Gold and platinum albums are every where you turn. I didn’t realize how common (?) it was for albums to go multi-platinum. Nor did I realize quite how long the Village has been there.

The small room (I guess it would be called a “theater” considering there was a stage) where Priscilla performed was awesome. Very high ceilings. Gorgeous art deco lighting and a balcony we’d all love to have access to in our own homes.

Priscilla’s new stuff sounds great. I’m not so sure they’ll be much radio play, but I’m sure you’ll be hearing a lot of her new stuff in movies and on TV (and maybe while you’re out and about shopping).

You can tell she was having fun last night. Lots of giggles and laughter mixed in with the music. Then again, that could have had something to do with with the yummy Seattle’s Best cocktails.

Not so sure what the connection might be between Seattle’s Best and Priscilla Ahn (or the Village Recorder), but I loved that they were there sampling their new level system coffee blends.

They were using Level 3 for hot samples as well as in their cocktails. I think I found my new favorite coffee. So mellow, smooth and well-balanced. Nothing like that bitter stuff you often find around town (which is the reason why I rarely drink drip coffee at local coffee shops).

I tired tracking down the recipes from their coffee cocktails, but no such luck. I liked the Wink and a Nod which I think was coffee, vodka and sweetened condensed milk…yum! Not sure what was in the Shake, Shake, Shake, but that was fine as I wasn’t a fan.

Overall, it was a fun night out. Especially since we’re mid-way through birth-a-versary week. 😉

This past weekend was the Artisinal LA show in Santa Monica.  I wasn’t lucky enough to attend their previous events (sometimes I feel like I live under a rock).  This year the event was held at the Santa Monica Place.

This was my first time at the recently remodeled Santa Monica Place and I have to say, I was impressed.  I loved the open air, beach breezes quality (completely different feel and vibe than the Century City mall).  And of course, the views were amazing.  Now if we could just do something about that traffic and the parking situation all would be good.

The event itself was awesome.  I went late on Saturday so the place was pretty empty (and crazy hot).  It was easy to move around and taste all the great foods and drinks.  Looking over the photos in the Artisinal LA Flickr pool, I obviously missed out on quite a few vendors.  That might have explained some of the empty booth spaces or I could have just made a wrong turn and missed out on something awesome.  It happens.

Some of my favorite products were (in no particular order):

I’ll say that I bought a gift for a friend at one of these booths mentioned above, but since she follows along I don’t want to ruin the surprise.  There were many other yummies to partake of, but these guys were by far my favorites.

The cool thing about all of this…in late May (5/21), many of these artisinal food purveyors will be setting up shop in a more permanent way at the Santa Monica Place’s new Market Place.  And my favorite cooking school, The Gourmandise School will also be setting up shop there.  I can’t wait (bet you can’t guess what’s on my birthday wish list?).

I didn’t think to bring my own camera (and my lemon of an iPhone takes horrible photos and has even more horrible connection capabilities) so I borrowed a few photos to share below.  But I do encourage you to check out the pool of photos on Flickr to see everyone that was there. I do love my Klean Spa products!! 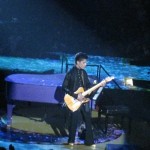 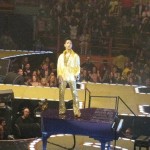 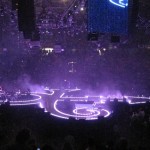 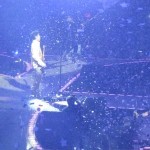 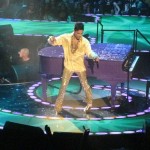 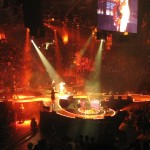 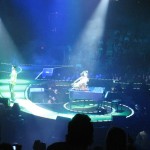 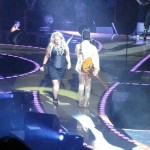 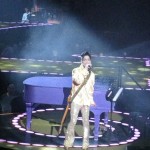 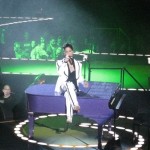 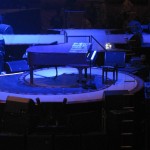 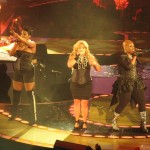 Tonight Lenka performed to a sold out audience at the Troubadour.  And once again, it was a great show.

I think the Troubadour is one of my favorite LA club venues.  The sound is good, it doesn’t tend to get too crazy packed (even on sold out nights), and it’s got some serious history.

Here’s an “official” (re: Sony) clip from the show for Everything at Once – loved the additional lyrics from the 4th graders.  Such fun!

One of my favorite Lenka songs…The Show.  There’s just something head bopping, sweet and sing-along about this song that I really love.  And of course, who among us can’t relate to sometimes being scared but not wanting to everyone see our fears.

I’m just a little girl lost in the moment
I’m so scared, but I don’t show it
I can’t figure it out, it’s bringing me down
I know I’ve got to let it go and just just enjoy the show

I think one of my favorite things about living in Los Angeles has to be the access to all the various sample sales around town. And not just sample sales, but whole, full-on events devoted to shopping the samples.

We have Shecky’s (though I’ve yet to go), Sassy City Chicks (love them), Pretty City (really looking forward to the next on coming soon) and the premiere Lucky Shops. But I must say, I’m most looking forward to Kurvee. An entire shopping event for the plus-sized gal. Awesome!